The more users compete to mine crypto currencies, the more energy they need.

Crypto is a religion not an investment, global investor Mark Mobius says

It is also 7 times Google’s total usage as some researchers report.

This consumption is also higher than that in Finland where more than five million people live.

With development and innovations in IT and hardware we reasonably expect the growth in electricity consumption.

Competition is getting more and more intensive and aggressive and mining is now an independent industry with its own rules and regularities. It covers machines, large-scale and expensive servers, and tremendous data centres and cooling equipment to prevent possible overheating.

This industry of course has a negative environmental impact. We think that the problem gets more and more pressing and demanding as far as cryptocurrency becomes more popular.

Bitcoin miners use more electricity per transaction than other methods that we apply.

So, the environmental impact of mining has long been a relevant issue. Just remember power outages because of bitcoin mining and all these discussions that mining is not a great climate thing.

Renewables are unfortunately not a solution when we try to reach the balance between claims of miners and environmentalists. Renewables are in themselves intermittent sources of energy. At the same time, miners need power in a constant way without a breach of continuity. 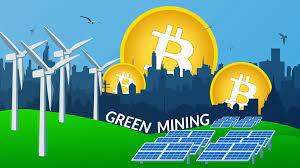 Q.: What natural resource are miners dependent on when they consume power?

A.: Miners are dependant on coal, in particular because most of rigs are located in highly populated countries like China.

Q.: Why are mining and renewables not a good match?

A.: Profitability issues, competition, investments issues and specifics of the production process itself require non-intermittent sources of energy.

Q.: Why the cryptocurrency’s carbon footprint is a red flag?

A.: Because it is huge. The annual carbon emissions from the electricity that miners need and that they consume to process their transactions are equal to the emissions by all of New Zealand. 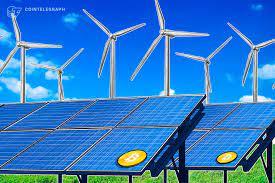 Attitude towards news on mining in terms of climate, energy & environment

We know that media might with low accuracy cover some complicated issues based on large researchers’ contribution and discussions. There are such topics as for instance issues of global warming or resource consumption. From time to time, in media articles journalists deal with dissenting views as equally valid.

First thing is the scientific certainty. And the second thing is that media employees mirror their readers/viewers/followers on the one hand, and help shape their views, on the other hand.

Investments are and will be in the future evaluated by experts as well as public opinion in terms of their plans and ways to meet climate challenges. Investors force producers to disclose their carbon footprint and are involved in development of international standards.

As we have discussed above, transactions in Bitcoin are not green at all now in terms of their influence on health and climate, then what to do with companies like PayPal that are proponent of climate initiatives on the one hand, and have recently announced their intentions to involve Bitcoin transactions as an option for their customers, on the other hand.

Tesla will undoubtedly benefit from its investment of more than $1.5 billion in Bitcoin.

Q.: Is this investment in line with corporate values?

A.: We believe it is in conflict with fundamentals of corporate sustainability strategy and business and its end-product philosophy.

Large-scale businesses and investors like Square believe that cryptocurrency will at the end be profitable and dependent on clean power instead of carbon at the same time. Square committed $10 million as investments in green technologies within Bitcoin mining. 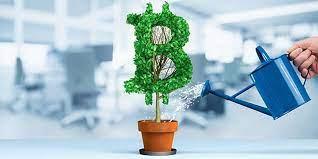 Promising things do not only include renewables but also innovative ways to have greener transactions with Bitcoin, new energy-efficient protocols, carbon tax, etc. For example, people for transaction can use a Lightning Network as a payment channel with less demand in power.

All in all, it is perhaps too early to discuss whether green Bitcoin mining profitable. We are now at the stage of research, speculations, ideas, alternatives, insights, and promising solutions. Only time will tell.