It’s no secret that AMD Radeon graphics solutions are very popular among crypto currency holders. Specially for them, programmers Radeon Technologies Group have prepared a new driver package designed to improve the performance of farms based on the “red” graphics adapters. The new release is called Radeon Software Crimson ReLive Edition Beta for Blockchain Compute, available in versions for Windows 7 and Windows 10, and supports most current AMD video cards, starting with the Radeon HD 7700 series.

It should be noted right away that the new driver has the status of a beta release, it is not intended for graphic or gaming loads and is provided by the chip maker as-is. In the future, the company does not intend to further optimize or correct “bugs”, which makes it the first and the last driver package for mining systems.

As for specific improvements compared to the usual Radeon Crimson ReLive driver packages, as our colleagues from Legit Reviews note, the new release solves the problem of decreasing the efficiency of Ethereum production. The graph below compares the performance of video cards with a conventional and new specialized driver. 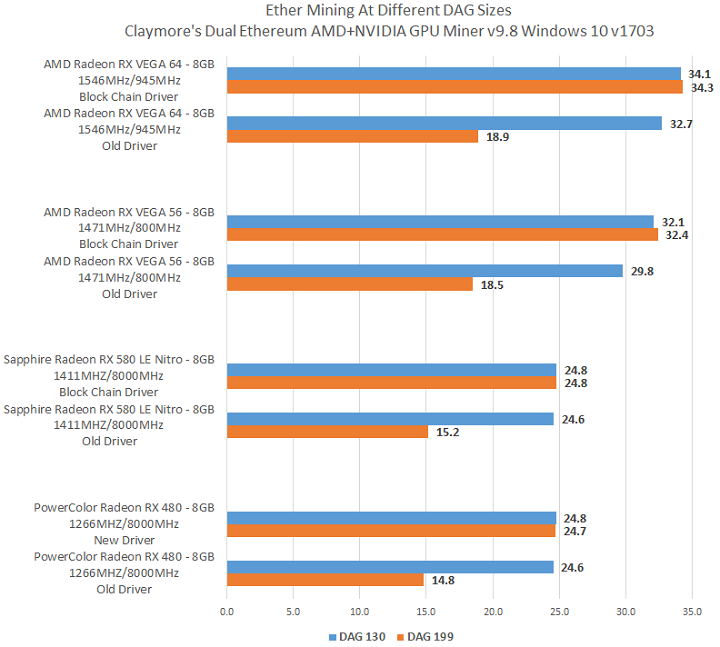